Scattered with gorgeous monuments, a legacy of the mighty Cholas, and ancient temples that are works of art, Thanjavur (popularly called Tanjore), in Tamil Nadu, stands as a glorious tribute to its former kings. At the heart of the town, is the UNESCO World Heritage Site of Brihadeeswarar Temple that was built in the 11th century and is adorned with unique carvings and sculptures, along with inscriptions that give an account of life 1,000 years ago. While the temples are awe-inspiring, the city's opulent palaces are no less, testifying of the grandeur of the ancient Dravidian civilisation.

A true embodiment of South Indian art and craft, Thanjavur boasts a fine selection of traditional handcrafted items like bobblehead dolls, the divine Tanjore paintings and palm leaf articles. Thanjavur is also popular for classical music and Bharatnatyam dance. It is the birthplace of the percussion instrument thavil, popularly used in Indian classical music.

Fringed by several quaint towns, Thanjavur acts as the gateway to serene destinations like Chidambaram, famous for the Chidambaram Natarajar Temple and Nagore, about 85 km away, that is revered by Muslims.

Legend has it that Thanjavur has been named after a demon, Tanjan, who was killed in a battle by Lord Vishnu. His last request was that the region be named after him, which was granted by the lord.

The legacy of Thanjavur through its attractions

With lush green landscapes surrounding it, the temple established by Rajendra Chola holds richly carved sculptures of Mahisasuramardini, Nataraja, Ardhanariswara and Chandikeshwara. There is also a massive monolith of Nandi and two majestic... Located in the southern part of Thanjavur, this mandapam was built to...

With tidal swamps, dry evergreen forests and mangroves, the sanctuary...

Sivaganga Fort Complex is an amalgamation of several sites and it... 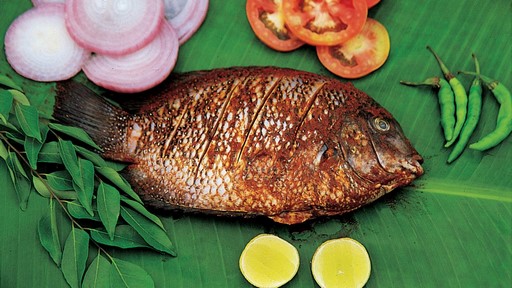 Tiruchirapalli International Airport is at a distance of 60 km from Thanjavur. One can take a cab from there.

Well-constructed roads and motorable highways connect Thanjavur to most of South India. Bus, taxis, cars are available on rent.

Thanjavur is directly connected by rail to cities of Tiruchirapalli, Chennai, Madurai and other South Indian cities.