Chhattisgarh , India’s 10th largest state is endowed with a rich culture, heritage and attractive natural diversity. Situated in the heart of India with a ten thousand years old civilisation it is a land ‘Full of Surprises’ that attracts tourists who look forward to experience the pristine. Chhattisgarh is an uniquely Indian experience. Home to the country’s widest waterfalls, caves, lush green forests, ancient monuments, rare wild life, exquisitely curved temples, Buddhist sites and hill plateaus. Chhattisgarh boasts of more than 80% of bio diversity that is not found anywhere across the country. The state has 44% of forest cover with 32% of tribal population. Chhattisgarh has become a magnet of nature enthusiasts who wish to explore unique tribal arts, crafts and traditions. For centuries its tribal communities have played a pivotal role in nurturing and protecting the natural habitat through the eco-friendly practices.Chhattisgarh offers everything to a traveller - art and architecture, heritage, handicrafts, cuisine, fairs and festivals. Chhattisgarh figures in numerous tales that form part of the two great Indian epics, the Ramayana and the Mahabharata. The state boasts of the widest waterfall in India, Chitrakote.  In monsoon when the Indravati River is in full flow, this waterfall in Bastar District becomes almost 980 ft wide!!!  Chhattisgarh has a legacy of gods and goddesses and numerous temples, both ancient and modern which attracts devotees, pilgrims and travellers throughout the year. The annual mega event ‘Sirpur International Dance and Music Festival’ which is held every year at the Buddhist site of Sirpur is particularly note worthy. This state presents a curious mixture of modern and traditional way of life. Bastar is a tribal region in Chhattisgarh, blessed with an... Sirpur has a rich background of traditional cultural heritage and... Barnawapara Wildlife Sanctuary is named after Bar and Nawapara forest...

A visit to the Achanakmar is a ; mesmerizing experience. Discover the... Bhoramdeo Temple, or the ‘Khajuraho of Chhattisgarh’, carved on the...

Manipat is a popular best honeymoon destination. It is situated on a... Champaranya (earlier known as Champajhar) is a small but famous...

Things to do in Chhattisgarh 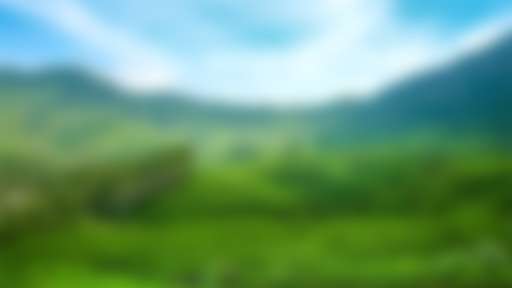 Chhattisgarh, located in central India, is among the states which has... Tribal Culture in Chhattisgarh is varied and diverse, with each of...

There are a large number of religious sites in Chhattisgarh. Every...

Bastar Dussehra is one among the most known celebrations in India.

Mainpat, also known as the Shimla of Chhattisgarh, offers some enchanting views of nature and is home to the only Buddha Temple of Chhattisgarh. His Highness Dalai Lama has visited this place ensuring a permanent place for Mainpat in Tibetan History.

Sirpur, a perfect mélange of art, heritage and history, was the capital city of the ancient Dakshin Kaushala. We can call it a city of ruins where excavation has unearthed remains belonging to Hindu Sects, Jainism and Buddhism.

Road that Lord Rama walked: Chhattisgarh is the land where Lord Rama passed through during his exile. It was known as Dakshin Kaushla in ancient times. Many places such as Seorinarayan, Ram Tekri, Ramgarh, Sita Bengra, etc. fall on Rama Van Gaman Marg.

Chitrakoot Waterfalls is located near Jagdalpur in Bastar district. The name of its river is Indravati. Due to its large span during monsoon season, it is also called Niagra Falls of India.