A quaint hill town, perched against the backdrop of Doddabetta (2,637 m), the highest peak in the Nilgiris, Ootacamund, in Tamil Nadu, is lined with traditional and colonial-style buildings, which make it the perfect fusion of the new and the old. Clear blue skies, lush green hills, deep verdant valleys and pleasant weather culminate to make this gem of the Nilgiris (Blue Mountains) one of the most attractive tourist destinations in South India. Peppered with coffee and tea plantations, forests of eucalyptus, conifers and pines, and a thick cover of shola trees, Ootacamund is the perfect getaway for nature lovers. Such is the renown of its beauty that it is popularly referred to as the 'Queen of Hill Stations' and the 'Switzerland of India'.

A popular summer retreat for Britishers, as well as the capital of the Madras residency in British India, Ootacamund or Ooty or Udhagamandalam (as it was earlier called) has been bestowed with many architectural wonders, thanks to its colonial heritage. The most prominent of these is the Raj Bhavan or the Government House, which is a cream-coloured sprawling bungalow, with a stunning ballroom. It was the erstwhile residence of the governor of Madras and draws tourists from around the area.
The best way to explore this quaint hill town is via the toy train, which runs on one of the steepest tracks in Asia. Going from a height of 1,069 ft to 7,228 ft, it winds through several breathtaking and picturesque spots, letting one drink in the spectacular size of the rocky terrain, ravines and lush green hills. Some of the scenic stops of this toy train include Coonoor, Wellington and Lovedale.
Ooty is predominantly inhabited by the Toda tribe, who have been calling the area their home since centuries.

The legacy of Ooty through its natural attractions

Sprawling along the slopes of the Doddabetta mountain, the vast stretch of Government Botanical Garden is perched at a height of ; 2,500 m. This serene garden is divided ; into six different sections: Lower Garden, Italian Garden, New Garden,... 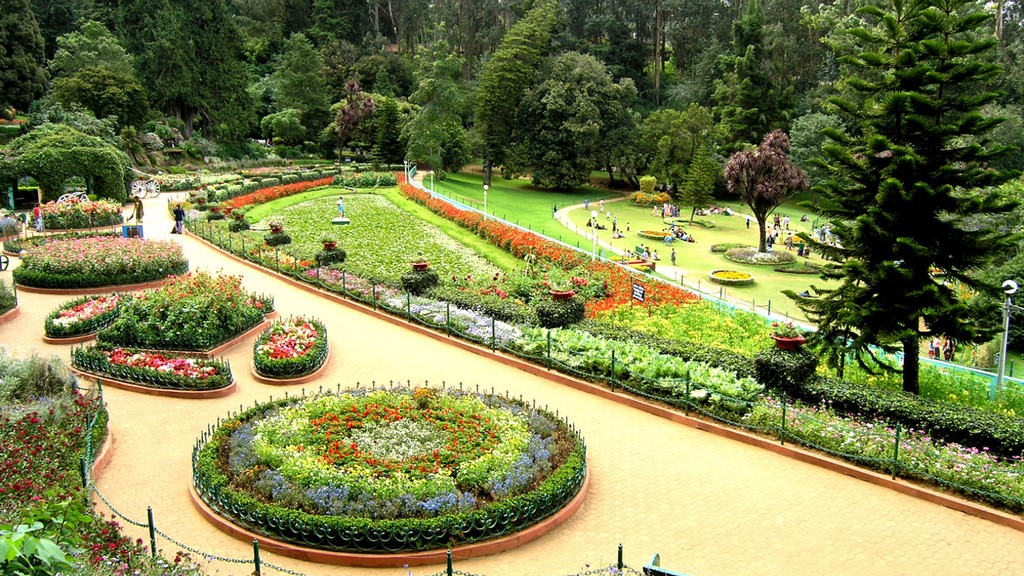 The pride of Ootacamund, the artificial Ooty Lake is the centre of...

About 13 km away from Ootacamund lies the Kalahatti Village. After a...

Maintained by the Tamil Nadu Horticulture Department, the Rose Garden...

The best experience from Ooty tailored for you

The best experience from Ooty tailored for you Explore places near nested in nilgiis Travel 28 km from Ootacamund, past the Emerald Lake and its thick... About 13 km away from Ootacamund lies the Kalahatti Village. After a...

In the olden days, Udhagamandalam (now Ootacamund) was only visited...

Located on the banks of River Moyar, this park is home to wildlife...

Glenmorgan is an amazingly tranquil getaway in the region, just 20 km... One of the most popular hill stations in India, with all-year-round... Sprawling along the slopes of the Doddabetta mountain, the vast... The pride of Ootacamund, the artificial Ooty Lake is the centre of... Sim's Park, an extremely popular sight in Ootacamund, is spread over... Located on the higher altitudes of the Nilgiris, the Mukurthi...

Gudalur's name was derived from the words: koodal (meeting) + ooru... Doddabetta, literally translating to big mountain, is the highest... One of the first sanctuaries to be set up in South India, Mudumalai... Protected by the Tamil Nadu Forest Department, the Western Catchment...

About 21 km away from Ootacamund, Pykara is a beautiful village with... Maintained by the Tamil Nadu Horticulture Department, the Rose Garden... Running along the western coast of India, from Tapti river in the... Endless stretches of lush greenery, dotted with eucalyptus and shola... The hill station of Ooty has been home to vast tea estates since the... Boasting a rich royal heritage that is reinstated by the many... 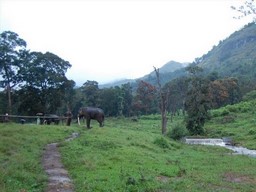 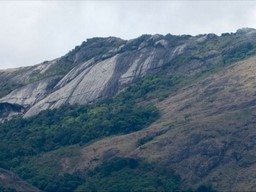 The Coimbatore International Airport is at a distance of 88 km from Ootacamund. One can take a cab from there.

Well-constructed roads and motorable national highways connect Ootacamund to most cities of South India. Bus, taxis, cars, are all available on rent.

Ootacamund's nearest railway station is in Mettupalayam, 47 km away.