A Day In Kanchipuram 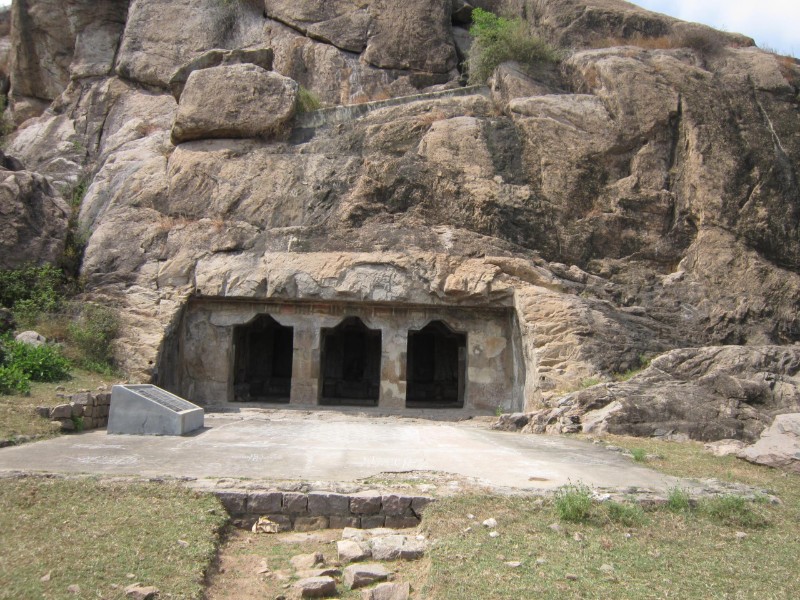 A century-old house that has now been turned into a heritage museum, Kanchi Kudil is where tourists get to know about the kind of life that people in the town of Kanchipuram lived back in the day. One also gets information about the cultural heritage of Kanchipuram, the cuisine served here and even the furniture used. You get to step back in history, and travel back to a simpler yet infinitely beautiful time when art and culture reigned supreme.

Some of the relics on display at the museum include wooden swings, rocking chairs and utensils of old. There are paintings depicting the lives of locals, as well as photographs of women wearing elaborate traditional South Indian jewellery; prayer rooms showcasing how people worshipped their god through photographs and items used for puja (ritual). A master’s bedroom, a room for children, a puja room, open courtyards, a verandah and a backyard are some of the other features of Kanchi Kudil. You can also see lovely Kolam drawings in front of the house, and sometimes even inside. One of the best destinations to buy a silk saree is Kanchipuram. The sarees are woven in the city from pure mulberry silk. At present, over 500 families are involved in this industry. Their creations are marketed through cooperative societies in the city and the state. If looking to purchase idols of gods made from stone, jute, brass or copper, Kanchipuram is the best place. Tourists also take home products made from jute, jewellery boxes and elaborately carved candle stands as souvenirs. Other items you can purchase in the city include fruit baskets and decorative items for home. You can bargain with the shopkeepers, who are usually happy to speak to tourists about Kanchipuram and its rich history.

Given the score of temples present here, Kanchipuram is one of the best places in India to purchase puja items and other temple-related products. The town, while small, has some lovely bazaars and avenues that allow a visitor an immersive experience of Kanchipuram and its rich and colourful history.

Kanchipuram Monastery is the largest centre for Buddhism in Kanchipuram, and the earliest literary record of the region speaks of a local king commissioning the monastery in the 2nd century. Other evidence points to the site being active till the 14th century. Today, it is a peaceful place that allows visitors a glimpse of the history of the town while enjoying a few moments of quiet and serenity.

Many famous Buddhist monks once lived in the ancient city of Kanchipuram, which was an important Buddhist centre. Some of these centres are still present in the city. Sumati, Buddhaghosha, Jotipala, Acharya Dharmapala, Aniruddha, Deepankara Tero, Ananda Tero, Saddhamma Jotipala were some of the noted Buddhist monks who made Kanchipuram their home.