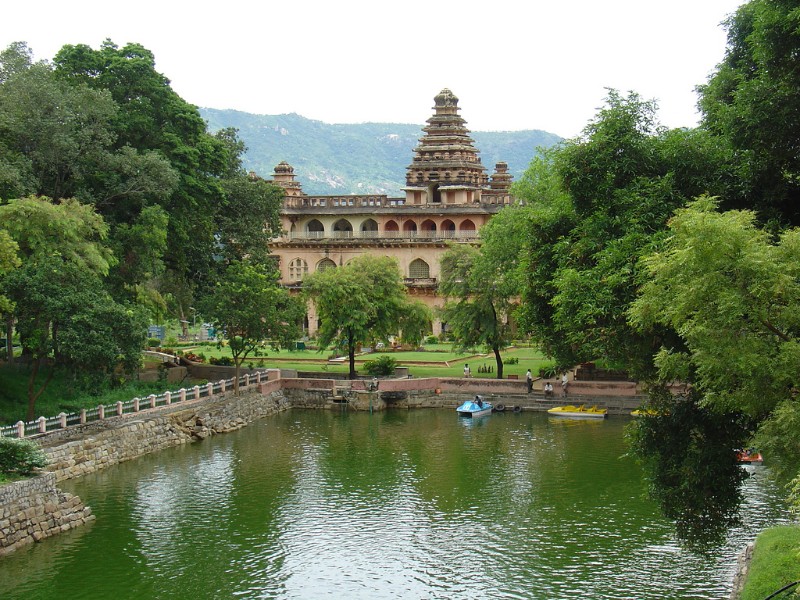 Located 15 km west of Tirupati in the Chittoor district, the Chandragiri Fort is about 1,000 years old and was built by the Yadava Rayas in the 11th century. They ruled it for more than three centuries, however, it came into the pages of history when rulers of the Vijayanagar empire fled from Hampi and made this place their capital. In 1646, it was annexed by the sultans of Golconda and finally came under the kings of Mysore. At the end of the 18th century, the fort was abandoned.

The architecture of the fort is stunning and its location is quite strategic. Perhaps that is why so many kings tried to hold it over centuries. The fort has been built on a 180-m-high rock and a 1.5-km-long walled enclosure offers it solid protection. It also houses a Rani Mahal (queen's palace) and a Raja Mahal (king's palace). The Raja Mahal has now been turned into a museum and houses artefacts of bronze and stone. The museum also contains models of the fort, the main temple etc. A walk through the lanes of the erstwhile fort will take one to many ancient temples. One of the paths known as Srivari Mettu is considered to be the private road that was meant for the royal family.

Other Attractions in Tirupati

This beautiful temple dedicated to Goddess Padmavati is situated in...

Sila Thoranam is an important landmark in heritage and archaeology...

Located around 37 km east of Tirupati, the sacred town of...