A melting pot of art, culture, cuisine and architecture, the bustling city of Lucknow, the capital of Uttar Pradesh, preserves its essence of grandeur in its kaleidoscopic experiences. From a vibrant culinary scene and exquisite historical monuments to its rich art and culture and vestiges of colonial charm, the city of nawabs, as it is popularly called, is as welcoming as is the warmth of its people.

As soon as you arrive at the historically-eminent and gorgeous Charbagh Railway Station, the city of Lucknow starts unfolding, revealing its charm at every turn. In the bylanes of old Lucknow, history whispers lost tales, while in the broad avenues of the newer suburbs, the cosmopolitan heart of the city throbs. From the grand gateways of the popular Bara Imambara to the ornate structure of Rumi Darwaza, inspired by a Constantinople gate, the city's heritage monuments unravel their mystery. While these monuments inspire awe, it's the bustling bazaars and craft galis of the city where its true soul can be found. Complementing this energetic liveliness, lie serene temples, mosques and churches.

According to a legend, the city was named after Lord Rama's younger brother Lakshmana, who had a palace in the area. Historically, the city was the seat of the replendant nawabs, who ruled the region for centuries. Most of the credit, however, goes to Nawab Asaf-ud-Daula, who moved the capital of Awadh from Faizabad to the banks of the Gomti river in 1775, sowed the seed for Lucknow’s growth. Rising in prominence, the nawabs made Lucknow the epicentre of art, culture and music. They also commissioned some of the most aesthetic buildings in India and artisans flourished. Everyone, from architects who designed the lovely structures of the city, to the chefs who created the kebabs we love so much today, prospered under the rule of the nawabs.

During the colonial era, the city of Lucknow was a strategic location. It witnessed many events of the First War of Independence in 1857, such as the Siege of Lucknow and the Kakori train incident involving revolutionaries Ashfaqullah Khan and Ram Prasad Bismil. The rich legacy of Lucknow is still alive in its culture and gives us a peek into the bygone era.

The legacy of Lucknow through its attractions

Identical in design to an ancient gate in Constantinople in Turkey, Rumi Darwaza was built in the 1780s by Nawaz Asaf-ud-Daula, an Awadhi nawab. Also referred to as Turkish Gate, the ornate structure is marked by an eight-faceted umbrella-like... 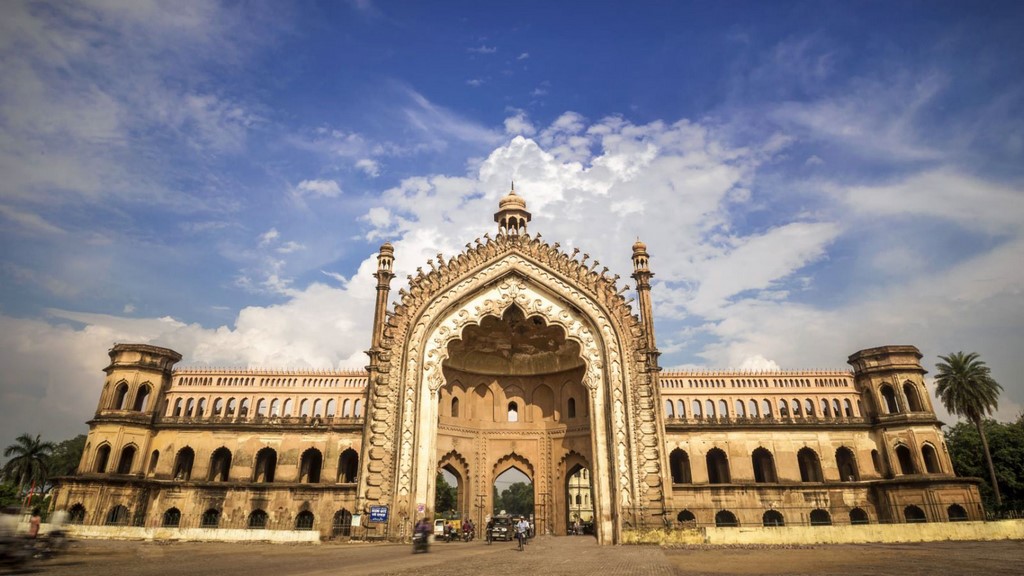 Bara Imambara is perhaps the most recognisable and popular symbol of...

Surrounded by terraced lawns and gardens, the Residency, overlooking River...

Translating to martyrs' memorial, Shaheed Smarak is a white marble... Explore more in the city of lucknow

A Day in Lucknow

The Kebabs of Lucknow

The Chaudhary Charan Singh International Airport in Lucknow has daily flights to and from major towns and cities of India.

Lucknow is well-connected to all major town and cities of India by road. Many major highways pass through the city.