With spiritual and historic roots that go deep, Kanpur located on the banks of the holy Ganges, is a quintessential Indian city. While a part of the city, boasting a cluster of tanneries, bustles with an active pace of life, one can spot the other part of Kanpur catching up with languid strides, chewing the traditional betel leaves. One of the largest cities in the state of Uttar Pradesh, Kanpur is a shopper's delight, especially noted for its exquisite leather products and cotton fabrics. Dotted with various temples, churches and mosques, the city enjoys a spiritual fervour for the better part of the year.

Situated around 80 km from Lucknow, the capital of Uttar Pradesh, Kanpur was founded by Raja Hindu Singh of the Sachendi state. The city was originally called Kanhpur. It was also at the heart of the Sepoy Mutiny of 1857, the first Indian uprising against the British rule.

The legacy of Kanpur through its attractions

Built in 1875, Kanpur Memorial Church was designed by the architect of East Bengal Railway, Walter Granville. Also famous as All Souls Cathedral, the church has been constructed in the Gothic style of architecture. Its beautifully painted glass... Located around 20 km from Kanpur, the town of Bithur, also spelt as...

Famous as one of the largest tanneries in northern India, Jajmau was...

An archaeological site, Kaushambi, around 200 km from Kanpur, is said...

Explore the places near historical hub

Sankasya is said to be the place where Lord Buddha, according to...

An archaeological site, Kaushambi, around 200 km from Kanpur, is said... Built in 1875, Kanpur Memorial Church was designed by the architect... It is one of the oldest zoological parks in India that was opened to...

Famous as one of the largest tanneries in northern India, Jajmau was... Located around 20 km from Kanpur, the town of Bithur, also spelt as... 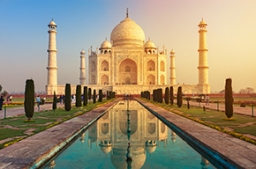 The Kanpur Airport is well-connected with all the major cities of India and flights ply regularly from here.

The city is well-connected with good motorable roads.

Kanpur Central Station connect all major cities of the country.