Among the seven wonders of the world, the Taj Mahal, in Agra, is a delight to explore. It has also been described as a “teardrop on the cheek of eternity” by Nobel laureate Rabindranath Tagore. Every year, thousands of tourists from around the world make a beeline for this breathtakingly ethereal marble monument, considered by many as the most beautiful building constructed by man.

Lying at the heart of Delhi, the majestic Red Fort, made of fine red sandstone, stands as a testament to the architectural legacy of the Mughals. One of the most beautiful monuments in the world, this UNESCO World Heritage Site, famous as qila-e-mubaraq, is replete with palaces, pavilions and mosques.

Almost as old as the history of the Delhi Sultanate, the iconic Qutub Minar, the world's tallest brick minaret, dominates the skyline of the city. Standing 73 foot tall, this five-storeyed tower, a UNESCO World Heritage Site, remains one of the most magnificent buildings of India from the medieval era.

Surrounded by neatly manicured lawns, the massive Humayun’s Tomb is a spectacular monument that was the first garden mausoleum built in the Indian subcontinent. The first of the grand tombs synonymous with Mughal architecture, this monument narrates a timeless saga of love and longing. Built by Mughal emperor Humayun's first wife, empress Haji Begum, in her husband's memory, the tomb houses the graves of both the emperor and his wife and stands as a testament to their eternal love.

Mughal emperor Shah Jahan, the creator of the Taj Mahal, said that the beauty of the monument made “the sun and the moon shed tears from their eyes”. It has also been described as a “teardrop on the cheek of eternity” by Nobel laureate Rabindranath... 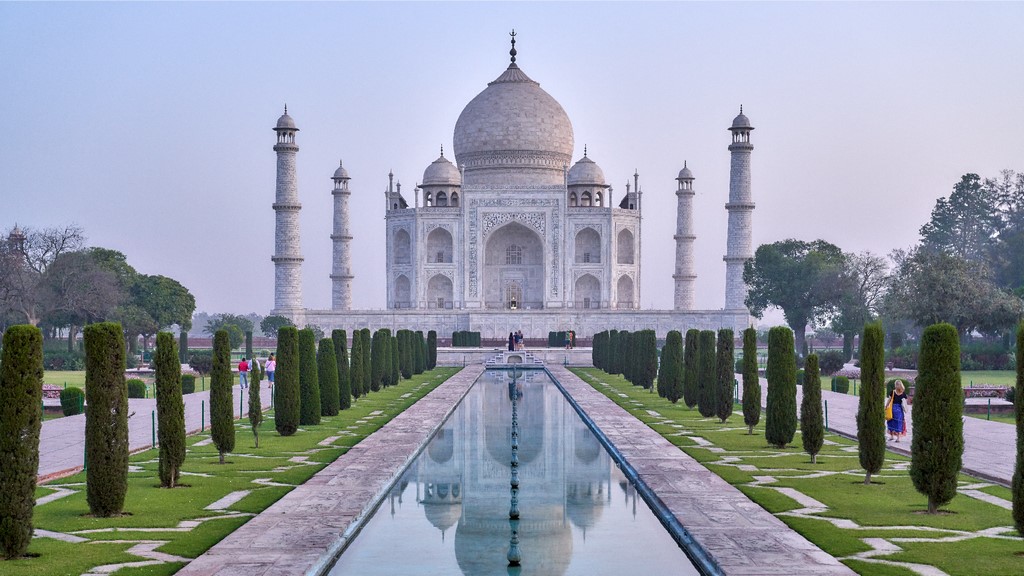 Lying at the heart of Delhi, the majestic Red Fort, made of fine red...

Almost as old as the history of the Delhi Sultanate, the iconic Qutub...

Surrounded by neatly manicured lawns, the massive Humayun’s Tomb is a...