Serene stretches of backwaters (brackish water lagoons) and pristine emerald paddy fields welcome tourists to Kottayam, an oasis of calm nestled in the heart of Kerala. Bordered by the lofty Western Ghats on the east and the tranquil Vembanad Lake on the west, the landscape of Kottayam is punctuated by quaint rivulets, giving the city an almost island-like setting. From cruising gently along the waters in a houseboat to sailing in canoes, there are a number of ways to explore the beauty of Kottayam, which is also a birdwatcher's paradise. Traversing across the Vembanad Lake, one can come across some rare avian species like egrets, darters, herons, teals and Siberian storks. The word 'Kottayam' means the interior of a fort. It is called so as it was formerly a part of the erstwhile princely state of Travancore.. It is popularly known as Akshara Nagari, which means the city of letters, considering its contribution to print media and literature.

It was the first Indian town to achieve 100 per cent literacy in 1989. Kottayam also occupies an important position on the cultural map of Kerala. The first autobiography in Malayalam by Vaikom Pachu Moothathu, a scholar, was published from Kottayam in 1870. It is also called the city of latex, as most of the country's rubber comes from the plantations here.

The legacy of Kottayam through its attractions

It's only when you visit the unique Bay Island Driftwood Museum that it dawns on you that creativity can transform a discarded item into a work of art. The museum houses unique artworks made with driftwoods (pieces of wood washed ashore by waves),...

One of the biggest freshwater lakes in Kerala, the Vembanad Lake is a...

Explore the places in Land of lakes It's only when you visit the unique Bay Island Driftwood Museum that... One of the biggest freshwater lakes in Kerala, the Vembanad Lake is a... 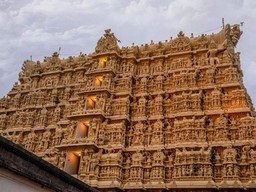 Snuggled between the Arabian Sea and the UNESCO World Heritage Site... Snuggled in the heart of Kerala's backwaters, Alappuzha is... Varkala is little less than a paradise for those who are on a quest...

The nearest airport is Kochi Airport, 53 km away from Kottayam.

There are regular buses from other major cities of the country to Kottayam.

One can easily get regular trains to Kottayam from other major cities of the country.