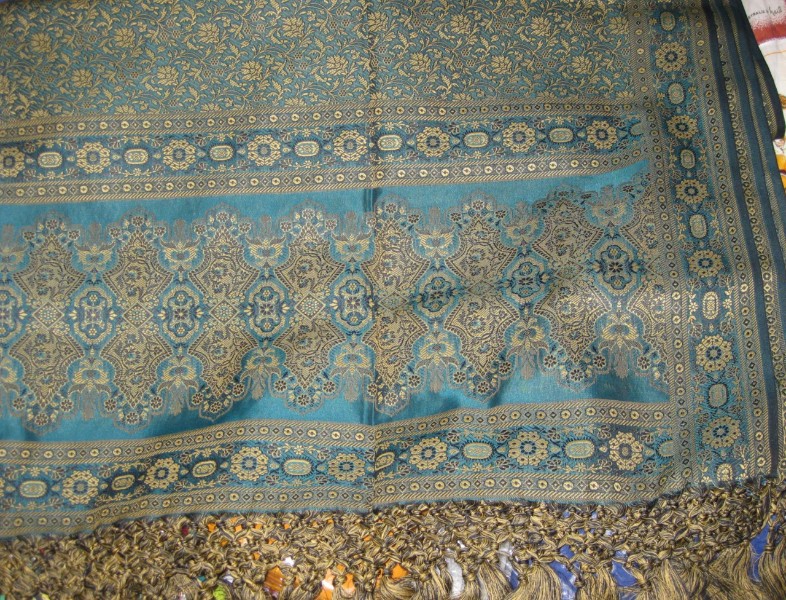 Originally called khuab or little dream, Himroo is a distinctive weaving technique known for its splendour. The fabric used is a combination of cotton and silk and shines with the lustre of satin. The designs and style of Himroo are  unique and famous for good reason. This art form is believed to have originated in Persia. The weaves include plain lines woven in various geometrical designs with motifs drawn from nature, religious verses and portraits of rulers. The weaves also feature patterns of local fruits, flowers, birds and animals. The Himroo shawls have an extra layer of loose silk weft and that is why they are so soft and feel like silk.

The word 'himroo' finds its origin in the Persian language and means similar. This technique was developed as an alternative to the expensive kimkhwab, which was a more luxurious brocade of silk and gold thread that was weaved for royalty mostly. Himroo found its way to Aurangabad during the reign of Mohammad Tughlaq, when he shifted his capital from Delhi to Daulatabad and resettled the weavers from Gujarat, Banaras and Ahmedabad to his new capital.

Some popular items that you can buy in Aurangabad are shawls, pillowcases, jackets, bed sheets, coats and curtains. Himroo sherwanis (long coats) were also quite popular with men once. In fact, during the Nizam's rule, they became so popular that they were considered a traditional attire of a wedding.

Nestled in the lap of verdant hills, Aurangabad Caves are a...

Located on Chandora Hill, Pithalkhora Caves are a set of 14 rock-cut...

A unique religious experience awaits travellers who come to Shani...