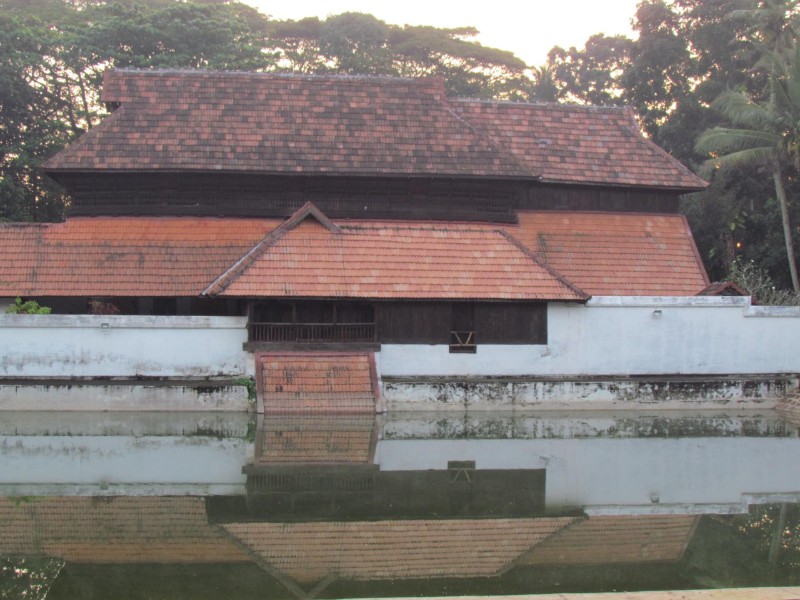 Perched on a small hill, the Krishnapuram Palace is surrounded by ponds, lawns and fountains. It has been constructed in the Kerala style of architecture with a gabled roof, dormer windows and narrow corridors, accentuating its grandeur. The complex also houses a well-landscaped garden that is home to a variety of flora, a Buddha mandapam that has been newly erected and a recently recovered statue of Lord Buddha. The palace is a protected monument under the state archaeology department.

The palace has now been converted into an archaeological museum with the largest single band of mural paintings discovered in the state of Kerala. The 49 sq m Gajendra Moksham (a scene from a Puranic legend), is its most prized exhibit. Other displays include coins, inscriptions, megalithic remains, wooden artefacts, stone and brass sculptures and paintings.

The residence of the erstwhile Kayakulam rulers, it was built during the reign of the Travancore king, Anizham Thirunal Marthanda Varma (1729-1758). It is located about 47 km from Alappuzha.

Other Attractions in Alappuzha

Spread over 14 hectare, the Kumarakom Bird Sanctuary is located on...

Lying around 13 km from Alappuzha, the scenic and small island of...